Business Mentoring: What is it and How to Make it Work

Business Mentoring: What is it and How to Make it Work 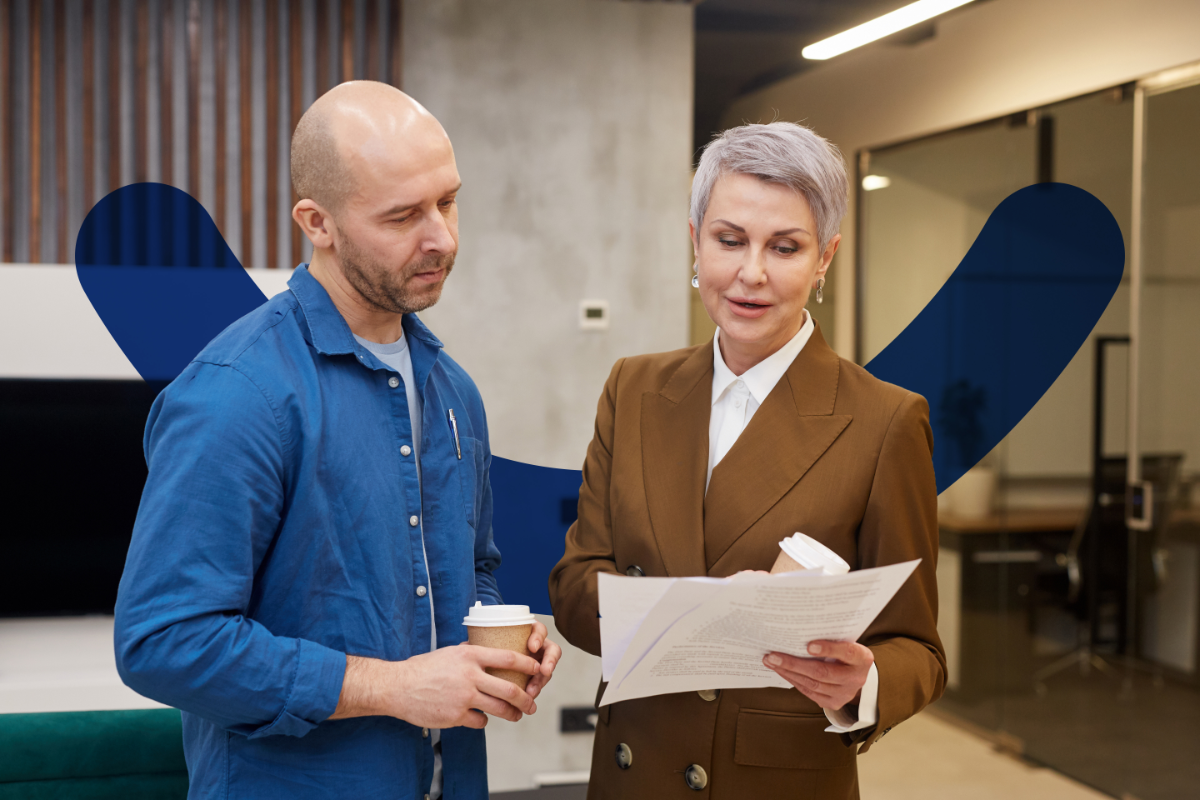 I’m sure you all think you know what business mentoring is; it’s when the boss, or “mentor”, takes his/her subordinate, the “mentee”, under their wing and shows them the ropes regarding how they go about doing their job – right?

And therein lies the problem; if you don’t know exactly what business mentoring entails, then it will be difficult to identify all of its benefits, why it’s important, and how to get the most out of it. But don’t worry! We’ll take this all one step at a time.

The difference between Mentoring and Coaching

While mentoring is really just another form of coaching, it’s not the same thing. Mentoring is when an ongoing relationship is developed between a senior employee and his/her junior. Unlike coaching, which focuses on the technical aspects of the job, mentoring is meant to develop and improve the junior employee’s fit with the organization as a whole.

In other words, coaching emphasizes skill development, while mentoring focuses on attitude development. For example, a VP coaching his/her Director would show them how to write a certain report for a specific meeting. But a VP mentoring his/her Director would also show them how to get the meeting, present the company, hold themselves in front of investors, and so on.

Why is business mentoring important?

There is at least one clear importance to business mentoring: succession planning. Whether the executive is retiring, getting promoted, or moving to another location, someone will need to take over their role. In this case, simply coaching an employee on how to perform the tasks of the executive is not enough. They need to learn the ins and outs of the job, and not just from a technical standpoint. They will also need to learn to think strategically, adopt the organization’s culture and values, and even develop their political strategy.

In addition to succession planning, mentoring also has many other benefits including improved productivity, better relationships, higher rate of engagement, lower rate of turnover, and even increased motivation. But regardless of why you are using mentoring, your efforts won’t be efficient if you aren’t doing it right!

How to make business mentoring work?

There are many things you can do to make sure your mentoring efforts are effective and not in vain.

You will probably be inclined to start an informal mentoring program in your organization after reading about its importance and benefits. But it doesn’t really work like that! While informal mentoring seems like the easy, hassle-free road, it lacks a lot of the structure that makes mentoring effective.

Focus on developing a formal mentoring program at your organization where clear goals can be established, outcomes can be measured, and support can be available.

2. Get support from top management:

As is the case with any other organizational intervention, it is critical to get the support from top management. First of all, when mentoring is occurring on company time, it sends a signal to the rest of the employees that these activities are important.

In addition to legitimizing the program, support from top management also motivates both the mentor and the mentee, and emphasizes that engagement with the program is a valued behavior.

It is critical that the mentoring program be perceived as an extension of the mentee’s overall career development plan. If it doesn’t, you risk not having the mentee be motivated enough to learn. Also, with the integration, you can ensure that the mentor and mentee have access to training, programs, and materials to supplement the mentoring efforts.

If you were to go up to any executive and tell them you’re giving them an employee to mentor for a year, they will probably complain and just outright refuse! Mentoring programs don’t need to be indefinite or very long.

A six-month cycle is more than enough time for the mentee to learn and significantly develop, while keeping the mentor from feeling tied down to responsibilities they don’t even want! Also, mentors who find the program successful will more likely be willing to be mentors to other employees.

5. Proper assignment of mentees to mentors:

This is arguably the most important factor in ensuring the effectiveness of the business mentoring program, and it includes some sub-factors to it too!

First of all, you need to make sure you are choosing the right mentee. They need to be someone who is ambitious, passionate, motivated, and wanting to learn and develop. They would also need to have a good resistance to stress to take on the additional tasks and responsibilities of being a mentee.

Second of all, you need to choose the right mentor. They need to be someone who is patient, resistant to stress, and willing to take the time to develop their mentee.

And finally, you need to make sure that the mentor and mentee are compatible. This compatibility is crucial for the success of the program, especially considering that the mentor and mentee will be working closely together for an extended period of time. They not only need to have the same working methods, but also the same motivation, thinking structure, organization, and more.

If their personalities just don’t “fit”, you shouldn’t even bother with the program.